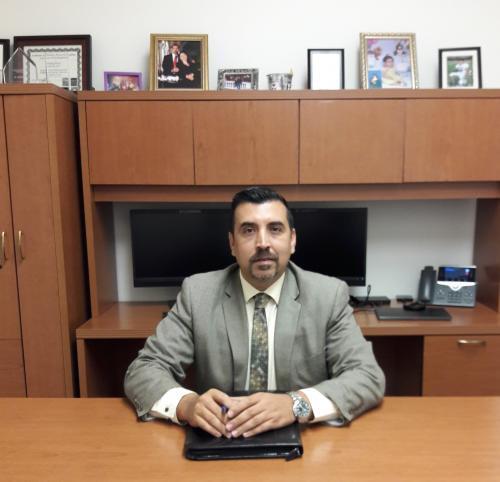 Dr. Rodrigo Pena
Superintendent
(361) 279-3382 ext. 2222
[email protected]
BIOGRAPHY
Dr. Rodrigo Peña began his career in education at Sharyland High in 1999 as a humble math teacher with unbridled ambition. For the next seven years, he worked tirelessly in one of the toughest core subjects – mathematics - for any student at the secondary level. The dedication to his craft resulted with his ascension into his first leadership post when McAllen ISD hired him as an Assistant Principal in 2007.
After working as an Assistant Principal for two years, he was promoted to Master Scheduler; and two years later, he earned the position of Dean of Instruction and Summer School Principal. In all four positions, he was able to provide teachers under his supervision with a positive school climate conducive to student learning. In mathematics, they always met AYP and State Accountability. Their mathematics scores were among the highest scores in Region One. This led him to a Secondary Mathematics Coordinator position at Pharr San Juan Alamo (PSJA).
In 2015, he was given an opportunity to showcase his leadership skills on a larger scale. Officials at Kingsville ISD hired him to be the Assistant Superintendent for Support Services and Business and Finance. For three years and in an environment of limited state resources, he was able to spear head the effort to adopt a balanced budget for the first time in years during the 2016-2017 school year, increase the fund balance by $1 million during the 2015-2016 school year, and turn a profit in food services department by over $100,000.His skillset allowed him to provide leadership and oversee the following departments: Business and Finance, Food Services, Health Services, Transportation, Maintenance, and Custodians.
During the 2018-2019 school year, Dr. Rodrigo Peña worked as the Director of Secondary Instructional Implementation at San Benito CISD. He provided curriculum support and guidance to seven secondary campuses. Preliminary STAAR scores showed that all secondary campus scores improved helping the school district improve the state rating from a “C” to a “B”.
In addition to his professional accomplishments, Dr. Rodrigo Peña is most proud of being a father and husband. He and his lovely wife of 23 years Karyna have three children; Arianna who is 12, Gabriel who is 19, and Rodrigo Jr. who is 22 years old.
I look forward to working with the community and staff as we build a vision for the future of our children in San Diego ISD. I would like to dedicate the rest of my career ensuring that San Diego ISD exceeds all of our expectations. Together by providing leadership, building relationships, and maintaining our focus on students, we can continue to build a bright future for the students of San Diego ISD.